A rich travel experience across Italy.

The Spring Semester program will offer eight school sponsored travel days all within Italy.  A total of four faculty led tours will bring students to nooks and crannies of this remarkably diverse country.  The tours are all designed to comply with government regulations in light of the Covid-19 pandemic

Travel Tours Include  (Tours included in program fees, dates to be determined) 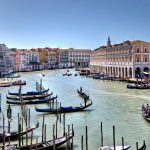 Venice is a jewel and compares to no other city in the world.  Our tour will begin by meeting with activists to understand the impact of tourism and climate change, which are both bringing down this historic city. Time will also be set aside to explore Venice’s rich cultural history; highlights will include a guided tour of the 9th century Palazzo Ducale, which served as the seat of the Republic’s government, and will culminate enjoying an evening of classical Venetian music. 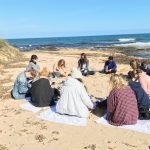 Travelling to the heel of Italy, students will begin in Brindisi where they will hear from refuges about their lives surviving the treacherous journey across the Sahara Desert and the Mediterranean Sea.  The tour will also include meetings with the Libera NGO staff who have played a key role in advocating for justice in the region, and now, with the support of refugees themselves, manage fields that were once owned and controlled by the area’s mafia.  The tour will include a half-day hike in the Torre Guaceto Nature Reserve and perhaps the best food you will taste in all of Italy. 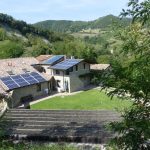 Borgo Basino is a multifunctional farm located 50 miles south of Bologna. During the course of this environmentally focused weekend students will learn about folk schools and Eco village movements.  Borgo Basino is part of a grassroots efforts occurring across the globe to create more holistic lifestyles which are good for humans and the planet.  Time will be set aside for hikes, workshops on environmental issues and hands on exploration of the farm. 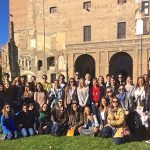 Parma is best known for its contributions to the world of food, but it also happens to be one Italy’s most beautiful cities known for its monuments, castles and art. The tour will be led by Italy Center’s Art Historian Piergiacomo Petrioli.